Fr. Nick Griffith was born on the East Coast, calling Richmond, Virginia home.  His first Parish placement was with the Anglican Church of Canada, serving as the Parish Priest for seven congregations on the Western Coast of Newfoundland.  Fr. Griffith has done a variety of undergraduate and graduate studies in British Literature, Philosophy, Sociology, Divinity and Theology, studying in Richmond Virginia, Cambridge Massachusetts and in Oxfordshire England.  While incredibly passionate and in love with the work and mission of the Church, Fr. Griffith also enjoys being active as he is an avid, runner, cyclist and swimmer. Now a canonical resident of the Diocese of Los Angeles, Fr. Nick lives in Koreatown, close to his longtime girlfriend (and Episcopal Priest) Rev. Yein Kim. 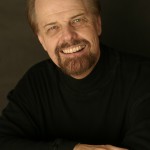 Allen Ronk LaFoe is a self-proclaimed Renaissance man and brings with him his many years of management and organizational experience in both the not-for-profit and private sectors.  As an event coordinator, he has worked for various organizations including the Arts Council for Long Beach, St. Luke’s Episcopal Church, Long Beach Symphony Orchestra, Museum of Latin American Art and Smithsonian Institution.  Allen plays several instruments including keyboards, drums, recorders and crumhorn, and is especially interested in Latin American and Middle Eastern music.